Michael Jordan’s Statement on his Trip to China

October 9, 2015 — “It has been over a decade since my first trip to China, and I am excited to be back for the NBA’s Global Games. I want to thank the millions of Chinese fans who have been supportive of me over the years. Protecting my name, identity and brand around the world has always been important to me, regardless of the country.“

“My cases against Qiaodan Sports have never been about money; they are about protecting my name and identity, and most importantly, protecting Chinese consumers from being misled. I plan to donate any proceeds from the cases to our new Wings program in China, which will provide scholarships, mentoring and basketball-related opportunities to disadvantaged youth.“

Michael Jordan's Statement on the Court Accepting his Lawsuit

Beijing, March 1, 2012 — “I am very happy that the Chinese courts have accepted my case to protect the use of my name and the interests of Chinese consumers. Qiaodan Sports has built a business off my Chinese name, the number 23, and even attempted to use the names of my children, without authorization. I think Chinese consumers deserve to be protected from being misled, and they should know exactly what they are buying.

“I am taking this action to preserve the ownership of my name and my brand.“

“No one should lose control of their own name, and the acceptance of my case shows that China recognizes that this is true for everyone. After all, what's more personal than your name?”

An Official Message from Michael Jordan 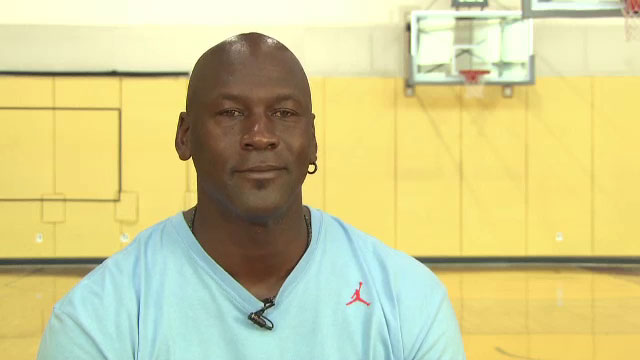 Beijing, February 23, 2012 — Basketball legend Michael Jordan has filed suit in a Chinese court against Qiaodan Sports Company Limited, a Chinese sportswear and footwear manufacturer, for unauthorized use of his name.

Michael Jordan commented, “During my basketball career and now as a businessman, I’ve worked hard to establish my identity and brand, and I take tremendous pride in the shoes and apparel that feature my name and logo.

“It is deeply disappointing to see a company build a business off my Chinese name without my permission, use the number 23 and even attempt to use the names of my children. I am taking this action to preserve ownership of my name and my brand.

“We live in a competitive marketplace, and Chinese consumers, like anyone else, have a huge amount of choice when it comes to buying clothing, shoes and other merchandise. Chinese fans have always been very supportive of me, and that’s something I deeply appreciate. I think they deserve to know what they are buying.

“This complaint is not about money. It’s about principle and protecting my name. Any monetary awards I might receive will be invested in growing the sport of basketball in China.”

The Chinese company has registered and uses the name “Qiaodan” (乔丹), which is the moniker Michael Jordan has been known by in China since he gained widespread popularity in the mid-1980s. Jordan was first introduced to China while playing for the gold medal-winning U.S. basketball team during the 1984 Los Angeles Olympics. He went on to become a regular fixture of Chinese television, beginning with the 1987 NBA All-Star Game, the first NBA game ever broadcast in China.